The top health care lobbyist for the national AFL-CIO says efforts to repeal Obamacare’s “Cadillac tax” may be gathering momentum. The Cadillac tax, which is due to take effect in 2018, is a 40 percent excise tax on high-cost employer health benefits. It was the part of the Affordable Care Act that labor union leaders most objected to when the bill was making its way through Congress in 2010, and they’ve have been calling for its repeal ever since.

The tax was sold as a way to put a lid on premium increases — and cap what is now an open-ended tax subsidy for employer-paid health coverage.

Here’s why it makes sense … in theory. What an employer pays for employee health benefits isn’t taxed. If that money went instead to wages or profits, it would be subject to income and payroll taxes. So there’s a cost to the U.S. Treasury for every dollar employers spend on employee health benefits. But if the federal government levies a punitive tax on every dollar they spend on health benefits above a certain limit, employers would find a way to keep health benefit spending below that limit. According to the theory, that can be done without hurting workers, since the reason premiums are so high is that benefits are too generous. Workers pay too little for their healthcare, the theory goes, and that causes them to use unnecessary medical services. It’s an argument that appeals to health policy wonks … and Ivy League-trained economists working for the White House.

Out in the real world, workers with employer-provided coverage are already paying higher deductibles and copays than ever. Deductibles have gone up by about $100 a year since Obamacare passed in 2010. And any employer spending heavily on health benefits has already tried to put a lid on costs.

Obamacare’s Cadillac tax will start on any employer health expenditures above $10,200 a year for single coverage and $27,000 for family coverage. Those amounts include the total insurance premium, regardless of who pays it, plus any employer contribution to a Health Savings Account.

The Cadillac tax may in fact stop employers from spending above those limits, but employers will accomplish that by shifting the burden to workers. The number one way employers can reduce premiums is by increasing deductibles, co-pays and coinsurance paid by workers.

Union employers can’t wait until 2018 to worry about it. They pay for health benefits under multi-year union contracts that are already being negotiated. How to avoid the Cadillac tax was a big factor in the tough bargaining that nearly led to an ILWU West Coast port shutdown. In Longview, Washington, 800 paper mill workers struck for 12 days last month after their employer, Kapstone, imposed health benefit cuts in the name of avoiding the tax.

Economic theory implies that the money employers save on health benefit costs as a result of the tax will be passed through to workers as higher wages.” — Jason Furman, Obama’s top economic adviser

But the Obama Administration appears to be standing firm in defense of the Cadillac tax. Jason Furman, Chairman of the White House Council of Economic Advisers, defended the Cadillac tax in an Oct. 7 speech at the Brookings Institution think tank, saying it will not only reduce health care costs and lower future federal deficits, but even boost workers’ wages and lead to more jobs.

“Economic theory implies that the money employers save on health benefit costs as a result of the tax will be passed through to workers as higher wages in the long run,” said Furman — a Harvard-educated multi-millionaire and son of a wealthy New York real estate investor. Of course, economic theory also predicts higher wages as unemployment drops, and that’s not happening either.

Kaiser Family Foundation CEO Drew Altman, in an Oct. 2 Wall Street Journal op-ed, predicts that the Cadillac tax will hit low-income workers and the chronically ill hardest — because it will cause employers to increase deductibles and co-pays. And actuaries from the consulting firm Milliman project that the tax will unfairly impact employers that happen to have lots of older workers, or that are located in the areas with the highest-price health care, like the Northeastern United States. One recent Milliman study reported that nearly 70 percent of variance in health insurance premiums is explained by geographic location, while just 6 percent is due to the comprehensiveness of the benefits.

But AFL-CIO legislative representative Tom Leibfried points to signs that the Cadillac tax is losing support. Democratic presidential candidates Bernie Sanders and Hillary Clinton are in favor of repeal. So is newly installed Republican House Speaker Paul Ryan. And at least three pending bills in Congress would repeal it. A bill sponsored by Connecticut Democrat Joe Courtney, has 167 co-sponsors, including 20 Republicans [In Oregon, Peter DeFazio, Suzanne Bonamici, and Greg Walden are co-sponsors.]. The “Ax the Tax on Middle Class Americans’ Health Plans Act” by New Hampshire Republican Frank Guinta’s has 106 cosponsors, all Republicans. And in the Senate, a bill by Sherrod Brown (D-Ohio) to repeal the Cadillac tax has 13 co-sponsors.

Congress is too dysfunctional these days to pass stand-alone bills, but Leibfried thinks the proposal may gain traction as part of a larger bill later this year, such as a bill on “tax extenders.”

Uniting Behind the Divisive ‘Cadillac’ Tax on Health Plans 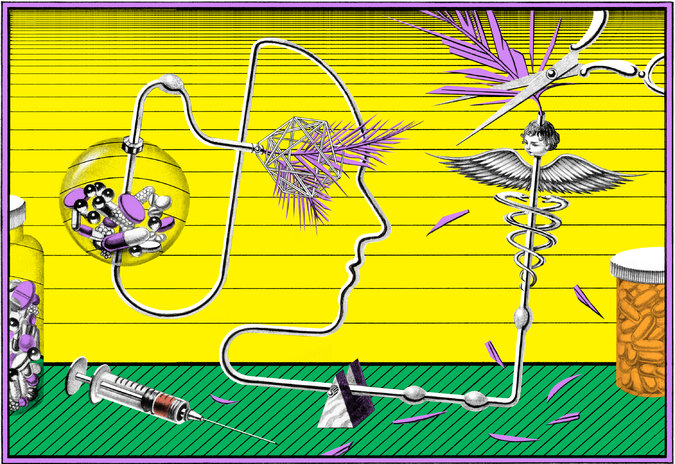 One of us, a former member of the Obama administration, remains a fan of the president. The other, not so much. But we agree on one thing: The excise tax on high-cost health care plans, the so-called Cadillac tax, is good policy. Congress should side with President Obama and resist calls to scrap it.

Let’s start with the basics. Health insuranceshould be an ingredient of every family’s financial plan. Medical expenses are necessary and unpredictable, and they can be large. When a family receives an adverse health surprise, the emotional toll is unavoidable, but the risks of financial insecurity, personal bankruptcy and forgone essential care are not. Health insurance solves these problems by protecting people from the cost of expensive treatments.

An optimal insurance policy strikes the right balance. It protects people against large financial risks but still has them pay enough to be smart consumers. That’s why most insurance policies include deductibles and co-payments.But as with a glass of red wine with dinner, too much of a good thing creates new problems. If people have insurance that pays for too much, they don’t have enough skin in the game. They may be too quick to seek professional medical care. They may too easily accede when physicians recommend superfluous tests and treatments. They may not try hard enough to buy services from the lowest-cost provider. Such behavior can drive national health spending beyond what is necessary and desirable.

This asymmetry tilts the playing field in favor of paying workers in insurance rather than in cash. As a result, people end up with insurance that is excessive and wages that are too low. The nation ends up spending too much on health care.Here is where the tax code enters the story. Compensation in the form of wages and salaries is subject to the income tax and the payroll tax. But compensation in the form of employer-provided health insurance is not subject to either. If a firm gives a dollar in wages to a typical worker, the worker keeps only about 65 cents; if the firm gives a dollar in health coverage to the same worker, the worker keeps the full dollar.

The Cadillac tax helps level the playing field by curbing this subsidy for the most generous insurance plans, which do the most to drive up health costs. Starting in 2018, the policy will tax the excess of health insurance costs above a threshold ($10,200 for individual coverage and $27,500 for family coverage). Once it is in effect, companies that have paid workers in the form of expansive health coverage will have an incentive to scale back this insurance and pay more in the form of wages and salaries.

Health care costs have grown much more slowly in recent years than was anticipated, resulting in substantial savings for the federal government, businesses and consumers. The reason for the decrease in the rate of growth is widely debated. Some experts say it happened because of President Obama’s policies, while others say it happened in spite of them. But almost every expert agrees that containing health care costs is essential and that the Cadillac tax will help in the future. A recent study by the Congressional Research Service estimates that the policy will reduce annual health spending by 2.5 to 3.6 percent in 2024.

Might companies use the Cadillac tax as an excuse to reduce health coverage and, instead of increasing wages, simply pocket the savings? Some may try, but the success of this strategy would be fleeting. In the long run, the compensation of labor, like most prices in the economy, is governed by supply and demand. Any employer that tries to pay less than the market requires will struggle to recruit and retain workers.

The resulting wage increases from this policy are sizable. Jason Furman, chairman of the Council of Economic Advisers, estimates that take-home pay will increase by $45 billion a year by 2025. By comparison, according to a 2014 report by the Congressional Budget Office, increasing the minimum wage to $10.10 an hour, from $7.25, would raise wages for low- and middle-income families by only half as much by the time the incremental increase would have been completed.

To some, the Cadillac tax is unpopular because unions oppose it, having negotiated especially generous health plans. But legislators should not let special interests stand in the way of a more rational health care system for all Americans.To some, the Cadillac tax is unpopular simply because they see it as a tax increase. We prefer to think of it as limiting a government subsidy that stems from the tax exclusion of employer-provided health insurance. The government recognizes this subsidy in its annual budget as a tax expenditure. Though the Cadillac tax reduces the deficit modestly, its main objective is not to increase government revenue but to move the nation toward a more efficient system of health insurance.

To some, the Cadillac tax is unpopular because it was passed as part of the Affordable Care Act, a.k.a. Obamacare. But the Cadillac tax can be evaluated as a stand-alone measure. Both fans and critics of Obamacare should see the merits in a more level playing field between alternative forms of compensation.

One of us worked for President Obama when the Affordable Care Act was passed. One of us worked for President George W. Bush and supported John McCain and Mitt Romney in their attempts to defeat Mr. Obama. We disagree on many things, but we agree that health policy is too important to treat as if it were nothing more than another political battlefield.

Some policies deserve bipartisan support. The Cadillac tax is one of them.