Coke Strike in Chicago Heats Up 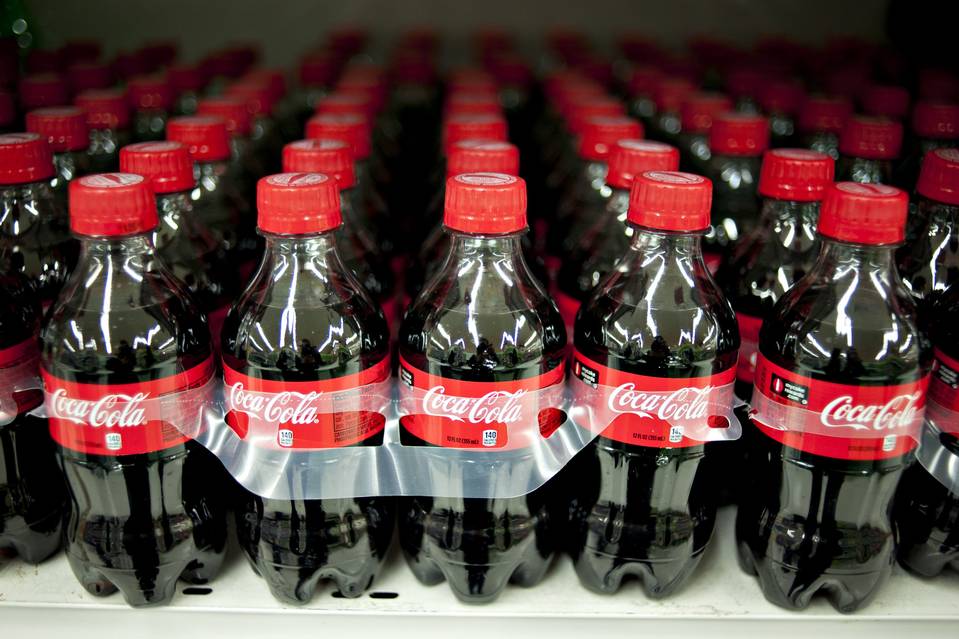 Coca-Cola is making a push to cut costs in the face of slowing soda sales. PHOTO: DANIEL ACKER/BLOOMBERG NEWS

Coca-Cola Co.‘s track record of U.S. labor peace is taking a hit in Chicago, where about 320 unionized workers at two bottling plants are striking over rising health-care premiums and are accusing management of intimidation tactics.

The increasingly contentious dispute coincides with stepped-up efforts by the beverage giant to slash $3 billion in costs amid slowing soda sales. Coke also is accelerating the sale of manufacturing and distribution assets to focus on its more-profitable concentrate business and marketing.

The two-week-old strike by a Teamsters local poses a public relations threat after union members began unfurling banners with the slogans “Don’t Drink Coke” and “Coke Is A Joke” from Chicago expressway overpasses on Wednesday. The National Labor Relations Board also is investigating union allegations that Coke managers walked the shop floor with baseball bats during contract talks.

Coke says the allegations are false and that it has asked the NLRB to expedite its investigation. The Atlanta-based company says it has offered workers “serious” pay raises and retirement benefits that more than offset higher health-care premiums.

The labor disruption involves a small fraction of Coke’s U.S. workforce of about 65,000, of which about 15,000 are organized by Teamsters. The maker of Coke, Sprite and Fanta has about 70 plants in the U.S. It says contingency plans are ensuring the Chicago market is supplied.

But it represents a rare occurrence at Coke, which had its last strike in the U.S. in 2012, when about 350 employees in Hartford, Conn., walked off their jobs for six weeks.

Coke and its bottling partners also are facing labor disputes outside the U.S. as they try to cut costs and consolidate operations.  In South Africa, where Coke workers recently ended a strike, the government is pressing for job guarantees before approving a three-way bottling merger. A Spanish court ordered Coke’s local bottling partner last year to hire back more than 200 laid-off workers.

In Chicago, food and beverage delivery giant Reyes Holdings LLC began distributing Coke products in June after acquiring the territorial rights from Coke. Coke has signed letters of intent with several companies since 2013 to sell them nearly 40% of its U.S. distribution, part of a plan to divest more than half by 2017.

Coke announced its first deals to sell U.S. bottling plants in September but still owns most, including the two Chicago plants. It declined to say if it plans to sell the Chicago plants, where workers have been picketing daily since Dec. 3. A Reyes spokeswoman said her company is interested in expanding its Coke business, including manufacturing.

Coke and Chicago Teamsters agreed to federally mediated talks that began Monday, but talks broke off Tuesday amid recriminations. No further sessions had been scheduled as of Friday morning.

Local Teamsters say workers earn $12 to $19 an hour in wages at the two Chicago plants under a five-year contract that ended in May and that Coke has proposed annual increases of 50 cents an hour over the next five years. They say the pay increases amount to only 1% to 1.5% after factoring in higher health-care costs and that Chicago-area workers have averaged 3.3% wage increases this year.

Will Petty, a local Teamsters official, said there were at least three incidents this autumn in which a Coke manager walked around a plant with a baseball bat, bouncing it on the floor and asking questions about union negotiations. “Nobody was physically assaulted, but they certainly felt intimidated,” Mr. Petty said.

An NLRB spokeswoman declined to comment but confirmed the government agency was investigating the allegations after local Teamsters filed unfair-labor-practice complaints against Coke in November and December.