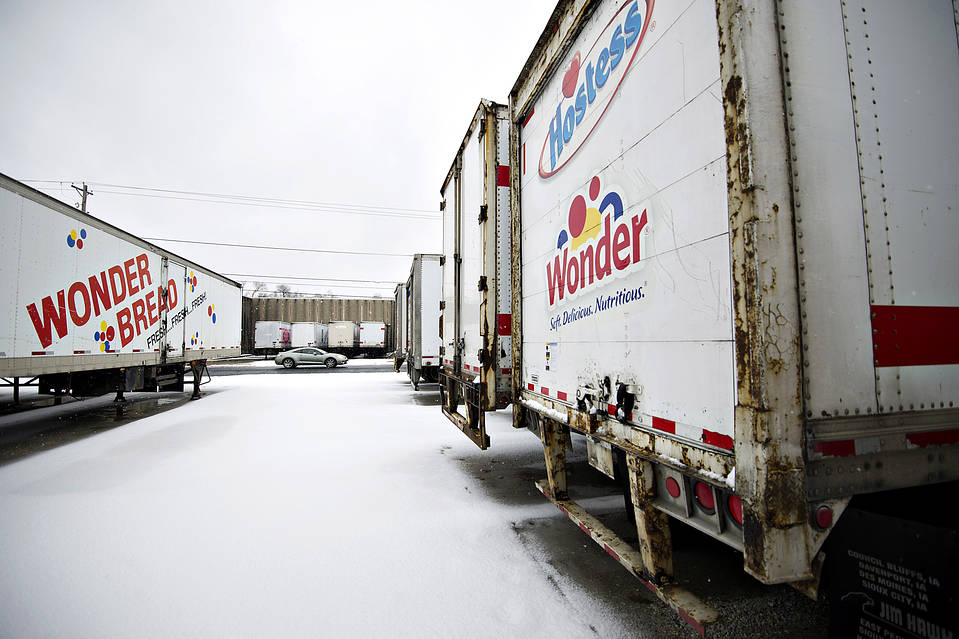 The lawsuits come as independent drivers in several sectors are challenging their status in courts around the country. PHOTO: BLOOMBERG NEWS

Flowers Foods Inc., the bakery that owns Wonder Bread, Nature’s Own and Tastykake brands, is being sued in more than a dozen states by truck drivers who claim they were improperly classified as independent contractors.

The lawsuits allege the company violated the federal Fair Labor Standards Act by classifying drivers on its delivery routes as contractors. The suits seek payment for overtime, employee benefits and other compensation. One of the earliest suits, brought in North Carolina in 2012, was granted class-action status in March, after which 15 more were filed in other states. The most recent suit was brought on Thursday in Texas, bringing the total to 18.

If the company loses in court, Flowers would likely need to buy back drivers’ routes and trucks, said Tim Ramey, an analyst with Pivotal Research Group. However, it could be years before the cases are resolved, other analysts say. Any ruling against Flowers would likely also affect its competitors, many of which also rely on independent drivers, said Eric Katzman, an analyst with Deutsche Bank.

“At some point in the distant future, it could be a financial risk but for the moment it’s just a headline risk,” Mr. Katzman said.

Several trucking companies operating at the ports of Los Angeles and Long Beach–including, most recently, three subsidiaries of XPO Logistics Inc. –are engaged in similar litigation with independent-operator drivers.The lawsuits come as independent drivers in various sectors have successfully challenged their status in courts around the country. Last year, FedEx Corp. agreed to pay $228 million in a settlement with thousands of its California drivers after the 9th U.S. Circuit Court of Appeals ruled they had been misclassified as independent contractors. Ride-hailing services Uber Technologies Inc. and Lyft Inc. have face similar claims from drivers

In an email, Flowers said it doesn’t believe the lawsuits have legal merit, and that “the independent distribution model is a win-win where distributors, their customers, and the company benefit.”

Flowers Foods, a $3.7 billion company, is the second largest packaged bread producer in the U.S. after Grupo Bimbo S.A.B. de C.V. The company distributes its products to grocery stores and retailers such as Target Corp., Wal-Mart Stores Inc. and Dollar General Corp.Flowers has grown through acquisition, expanding its operations into more than 35 states. Last year, Flowers bought the Wonder Bread brand in the liquidation of Hostess Brands LLC.

Flowers has relied almost entirely on independent drivers since the 1980s. The company sells its delivery routes–often with a company-financed note–to drivers, who then have exclusive rights to sell and distribute Flowers products within that territory.

In their legal claims, drivers say their routes aren’t independent businesses because Flowers tells them what locations to service and sets pricing and procedures directly with the retailers.

In court documents the company has said drivers are exempt from the FLSA because they engage in interstate commerce. In its statement, Flowers said their program “has been upheld as an independent contractor model in the past when similar claims were brought in various legal forums.”

Flowers shares traded at $20.40 Friday afternoon in New York, up 2%. The company’s stock traded above $27 a share in November.