TVA Plan to Cut Pension and Convert to 401k Gets Tentative Approval From Board;

TVA Plan to Cut Pension and Convert to 401k Gets Tentative Approval From Board; 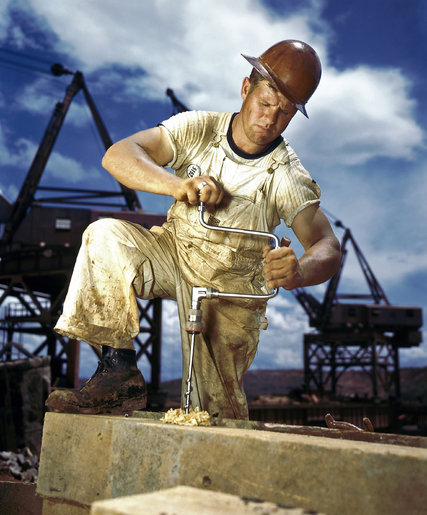 A carpenter at work during the 1942 construction of the Douglas Dam, a project of the Tennessee Valley Authority.CreditAlfred T. Palmer/Library of Congress

On Thursday, the board of the Tennessee Valley Authority Retirement System, the pension program for roughly 11,000 workers and 24,000 retirees at the venerable New Deal-era agency, approved a tentative plan to lower the system’s funding shortfall by reducing benefits.The plan will be implemented later this year if the T.V.A.’s management and board go along with it.Now that movement may be breaching yet another firewall: the pensions of federal employees.

The immediate impetus for voting on the changes was a proposal put forth in December by William D. Johnson, the agency’s chief executive, who argues that demographic trends and the retirement system’s historical generosity make it unsustainable. Mr. Johnson’s proposal, a modified version of which the board embraced, called for shifting many employees from a pension that guarantees a fixed level of benefits, a feature of most federal employees’ retirement package, to a 401(k) plan. It would have also lowered the cap on cost-of-living increases even for current retirees, effectively cutting a benefit they had already earned.

But what has elevated an increasingly common debate about pensions into a larger controversy about inequality is Mr. Johnson’s decision to exempt from the cutbacks the benefits that he and other executives receive through a supplemental retirement plan. (Their benefits in the general T.V.A. pension plan would be subject to the same cuts as other workers.)

That is particularly galling to union officials at the T.V.A., who point out that Mr. Johnson’s total compensation in 2015 was approximately $6.4 million, which is believed to be the highest pay for any federal employee in the country. President Obama earns a salary of $400,000.

“By and large, people tend to run their supplemental executive plan in parallel with the qualified plans,” said George H. Bostick, who recently retired as the Benefits Tax Counsel at the Treasury Department, referring to the plans that cover most workers. “If they’re reducing benefits prospectively in a qualified plan, they’re reducing benefits prospectively in the supplemental plan as well.”

The T.V.A. retirement system was substantially overfunded as of the late 1990s, when a booming stock market was fattening its investment accounts. 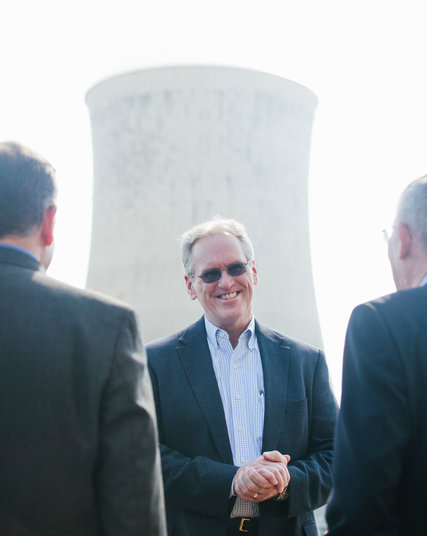 Thereafter, several developments conspired to throw it some $6 billion out of balance. The costs of an extra benefit that the agency added when times were flush were starting to rise, as was the ratio of retirees to employees. The bursting of the stock market bubble in the early 2000s and the financial crisis of 2008 dented its investment returns. And while the agency has long contributed the minimum amount that the retirement system asks for each year, it has frequently not contributed much more.

“The TVARS board has two numbers,” said Les Bays, who worked for 33 years at a T.V.A. coal plant and is a former chairman of the T.V.A. Retirement System board, a mix of representatives from the ranks of workers and management. “There’s the recommended number, and the other is called the minimum contribution, which is not actuarially sound.”

Many T.V.A. workers and retirees say that this chronic reluctance to make sufficient contributions is the biggest culprit of today’s shortfall. As evidence, they point to some of the T.V.A.’s peers in the private sector, which improved the funding position of their pension system over much of the same period that the public power agency’s was deteriorating.

“We gave T.V.A. a loan,” said Gay Henson, the president of the local International Federation of Professional and Technical Engineers affiliate, which represents engineers and other high-skilled workers like scientists at the T.V.A. “This is the thanks we get for it.”

Mr. Johnson protested that the comparison with private sector competitors was inappropriate because they could more easily raise rates on their customers to cover pension shortfalls.

“We’re a community development organization with a social mission, which is to make electricity to do a lot of good things,” he said. He described the users of the electricity the T.V.A. provides as “nine million of the poorest people in America.”

Mr. Johnson, who came to the T.V.A. in 2013 after working his way up the ranks to become chief executive of the investor-owned utility Progress Energy (now a part of Duke Energy), has generally won favorable reviews. That includes a 2015 report by the liberal Economic Policy Institute saying the agency appeared to be “on a more sustainable financial path” under his leadership.

The 401(k) plan Mr. Johnson proposed as part of a package that will save the retirement fund some $700 million over 20 years is generous compared with its private sector equivalents. The company would contribute 6 percent of each worker’s salary every year, then offer a 100 percent match for individual contributions, up to another 6 percent. (The T.V.A. plans to close the remaining $5.3 billion shortfall largely through rate increases.)

As for the suggestion that he should not spare the supplemental pension plan that executives receive, known as SERP, Mr. Johnson dismissed the idea as mere symbolism. “We can do away with SERP, cut executive pay in half, and it doesn’t change the $6 billion at all.”

He defended the SERP as critical to “being able to attract talent at the executive level.”

T.V.A. is unusual among federal agencies in that the law birthing it mandated that it take on certain features of the private sector. Most prominently, it is supposed to pay market rather than Civil Service wages. (According to the T.V.A., Mr. Johnson is paid well below the median of his private sector peers. Ms. Henson says salaries for engineers and other high-skilled workers average $87,500 and top out at roughly $133,000.)

But this amalgam of private and public sector features has created a kind of loophole that could leave rank-and-file workers more vulnerable to pension changes than even private sector workers.

Under federal law, for example, a private sector company that underfunds its pension plan for several years could face large excise taxes and other penalties, Mr. Bostick said.

Government agencies like the T.V.A. are not subject to these restrictions, however. Workers and union officials say Mr. Johnson and his predecessors have been able to earn private sector wages without observing the rules that are supposed to keep corporate executives in line.

“There is nothing regulating them to handle their pensions properly, except management’s good graces,” said Gregory J. Junemann, the international president of the engineers’ union.

Frustrations boiled over on both sides as Thursday’s vote approached. At a meeting in early February, Mr. Johnson fumed at Ms. Henson for pleading her case to congressional aides during a trip to Washington the week before.

“He told her if we wanted to play that game, he could win that battle,” said Faye Headrick, a representative of a second union who was present. Mr. Johnson said “he had more friends in Congress than any of us had, so go ahead and do it.”

Mr. Johnson denies the comment, but acknowledges that the meeting was tense and that he was frustrated by accusations from Ms. Henson and some of her colleagues. “I was meeting with people who had called me a criminal out to line my own pockets at the expense of employees here,” he said. “That’s blatantly false and insulting. I reacted appropriately to that statement.”

As for the unions’ concerns about changes to the pension program, he said the decision by the retirement board was ultimately out of his hands: “I obviously don’t control them, or that vote, nor do I want to.”