Kohler’s past marked by bitter labor fights RIOTS, VIOLENCE MARRED PAST STRIKES, WHICH SPAWNED A SENATE INQUIRY AND DIVIDED COMMUNITY

Kohler’s past marked by bitter labor fights RIOTS, VIOLENCE MARRED PAST STRIKES, WHICH SPAWNED A SENATE INQUIRY AND DIVIDED COMMUNITY

RIOTS, VIOLENCE MARRED PAST STRIKES, WHICH SPAWNED A SENATE INQUIRY AND DIVIDED COMMUNITY

Three decades of labor peace ended a week ago, when Kohler Co. workers launched their first strike since 1983.

The following morning, more than 1,000 picketers brought traffic to a standstill around the company’s factory and upscale American Club resort in the Village of Kohler.

The strike, which is the fourth in the company’s 142-year history, marks the latest chapter in a series of bitter — and at times violent — disputes between the storied company and its factory workers.

Past clashes have been the subject of numerous books, investigated by a U.S. Senate committee and have been argued all the way to the U.S. Supreme Court.

“I was on the picket line Monday morning, and it was well-organized for the amount of people we had there”

But union members who walked the picket lines in 1983 say that despite the current situation, relations between the two sides have improved considerably over the years and the ongoing demonstrations are orderly and bear little resemblance to past strikes.

“I was on the picket line Monday morning, and it was well-organized for the amount of people we had there,” said Pete Behrensprung, who participated in the 1983 strike and worked 25 years in the enamel shop and foundry before moving into a regional position with the United Auto Workers.

“We’ve had a good relationship with the company,” he continued. “But something apparently went wrong in negotiations.”

Just how long and where this work stoppage goes remains to be seen, though past work Kohler stoppages have taken a place in U.S. labor-relations history for the wrong reasons.

Tensions were building when the first strike came to former governor and village patriarch Walter J. Kohler’s plumbing equipment factory in the summer of 1934.

At one point early on, picketers defied tear gas bombs and dumped several coal cars near the plant entrance.

The company later beefed up security, bringing in a truck with a mounted .30-caliber machine gun. 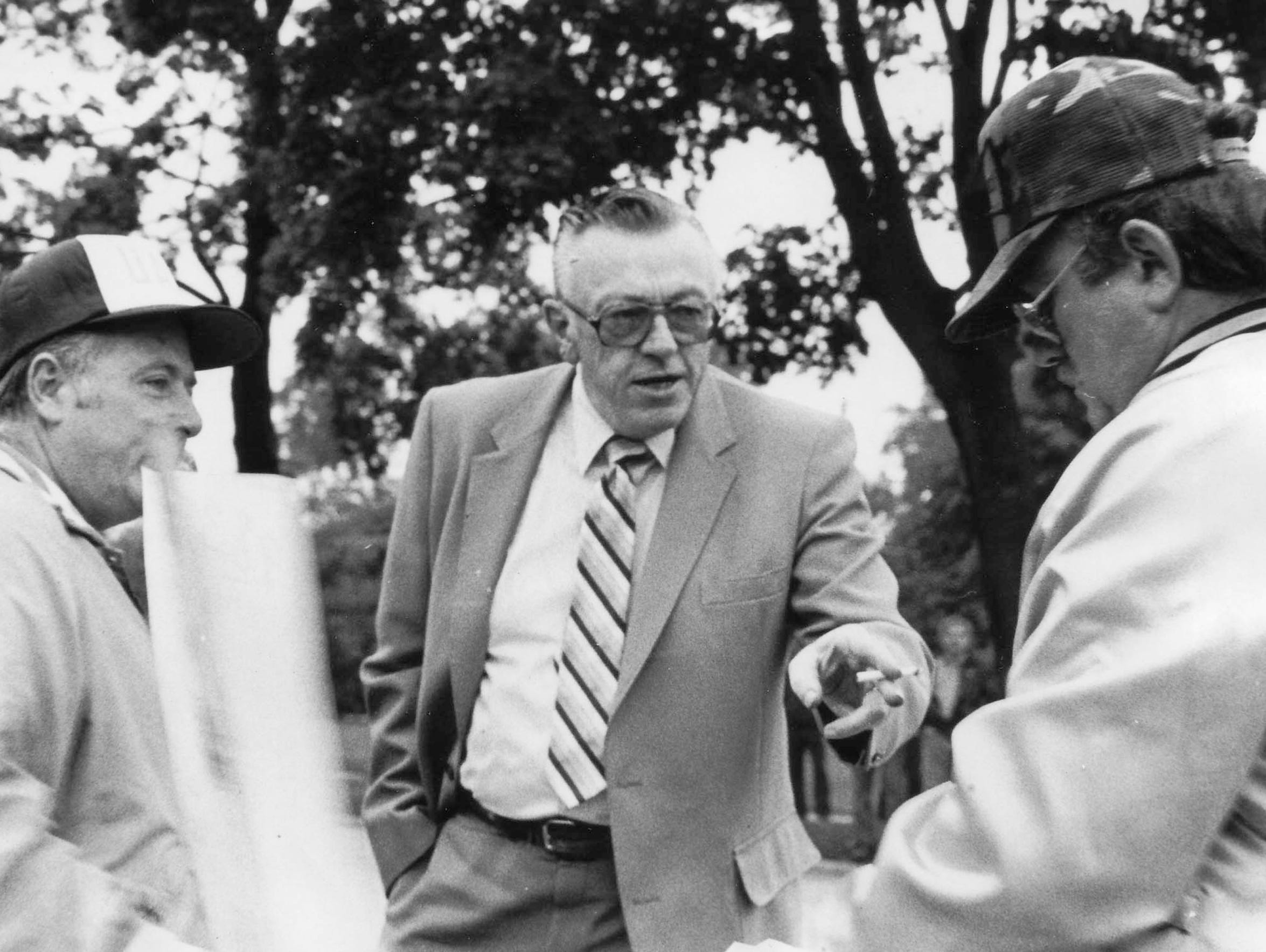 An angry sheriff confronts union protesters during the 1983 Kohler strike, after a SWAT team was called in to restore order.
(Photo: Sheboygan Press file photo)

Eleven days into the strike, a riot broke out.

Shots, perhaps distress signals, were fired from the American Club and from the company’s office building, according to archival reports. Security responded by firing tear gas into the crowd.

About an hour later, security personnel started shooting. Two men were fatally wounded, while 47 others were wounded by gunfire.

The National Guard arrived a day later and restored order, with several hundred soldiers setting up a camp between picketers and the Kohler plant.

No one was charged for the shootings. An investigation later found the men died “as the result of shot wounds by unknown ruthless persons.”

Picketing continued until 1941 before the strike officially ended.

Local 833 had been organized for less than two years when workers voted to strike on April 5, 1954, beginning one of the longest and most costly labor disputes in U.S. history.

The strike itself was formally terminated in 1960, but it would take 11 years before peace was finally reached between the union and company.

One news report from the era described the dispute as “a case of the irresistible force meeting the immovable object.”

Divisions created by the strike lingered for decades.

One union member told the Sheboygan Press in 1994, some 40 years later, that he knew of workers who changed their last names to distinguish themselves from other family members who had crossed the picket lines.

Another said he didn’t speak to his brother for three decades after his sibling crossed the lines to return to work.

“You had brother against brother, father against son,” Ed Kalupa said in a 1994 interview. “It was a war.”

The dispute saw strikers organize “reception committees” in the neighborhoods of people who crossed picket lines. Broken windows and other acts of vandalism occurred as well.

The strike received national attention and was investigated by a U.S. Senate committee. It has since been the subject of books and inquiries by labor scholars.

It resulted in what was then the largest unfair labor settlement in history — a payment of $4.5 million to the striking workers in back pay and pension benefits. 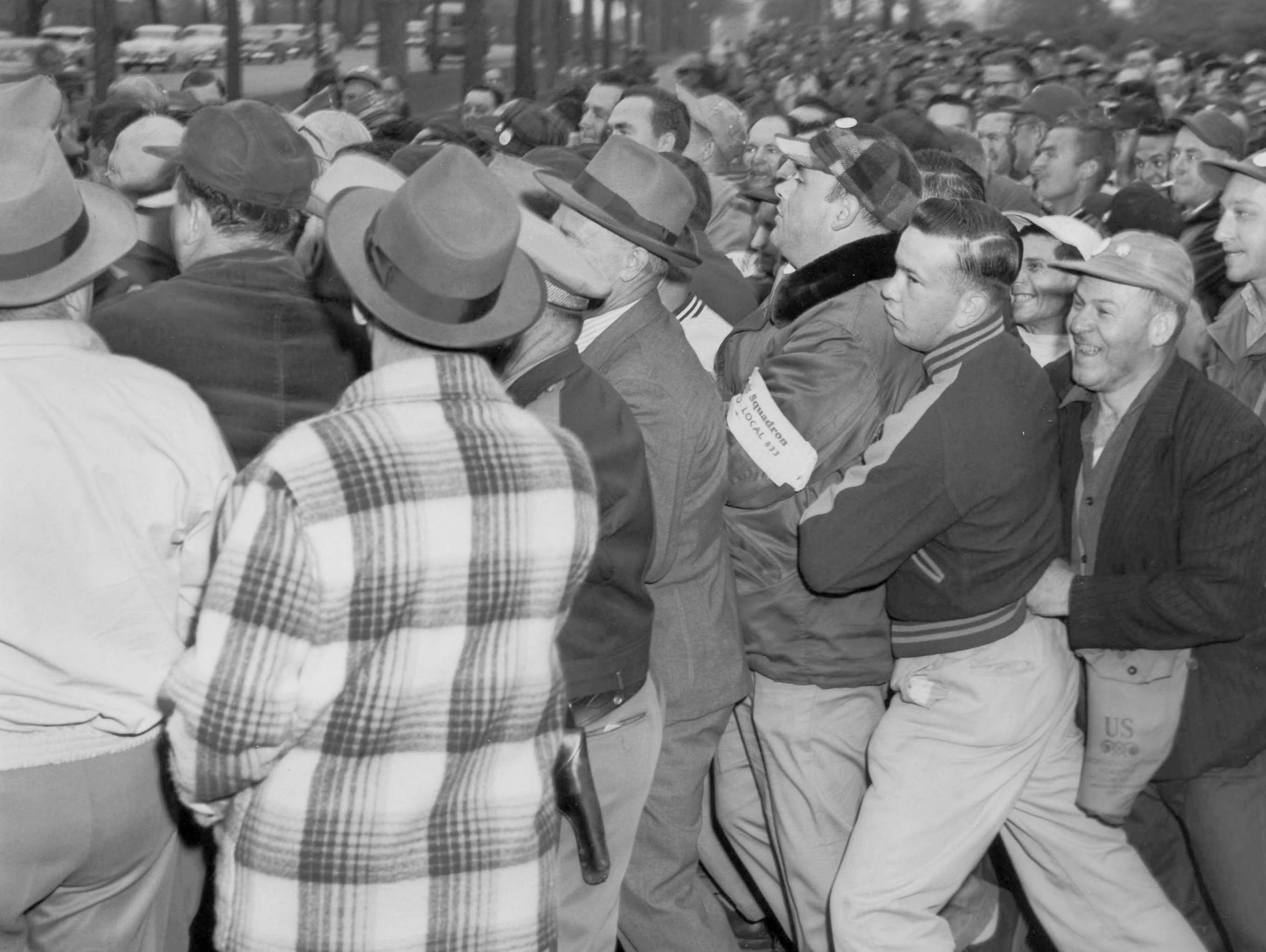 Union members on strike push against the crowd during an attempt by about 40 non-strikers to pass through the picket line in the early hours of May 24, 1954, at the employment office gate in Kohler.
(Photo: Sheboygan Press file photo)

The 1983 strike proved to be the shortest in company history, lasting about two weeks.

It cost workers an estimated $2.7 million in lost wages.

The strike saw car windows smashed and motorists harassed by demonstrators, while two union members were injured after being struck by a motorist who was mobbed by picketers while reporting for work.

A SWAT team was eventually brought to the scene to maintain order.

Benjamin Noel, a 38-year employee of the company, remembered the 1983 strike as having similar issues as today’s, including disagreement over a tiered pay system.

The difference, he said, was the behavior. Some strikers got “a little too excited” and got themselves arrested in the process.

“You remember we were only in our 20s 30 years ago,” Noel said. “We actually had the SWAT team in front of us. … We had some guys that had couple-week suspensions.”

Behrensprung said that following the 1983 strike, the company created a two-tier wage scale, where newly hired workers in day jobs earned 85 percent of the existing base wage with the same health care benefits as their higher-paid colleagues.

Behrensprung said the two-tiered wage system was eventually phased out.

A similar system was revived in 2010 during a crippling economic recession, when workers went against the advice of union leadership and agreed to a deal where new hires were paid at 65 percent of the existing base wage and with higher health care costs.

Union leaders say the system has created significant pay disparities among employees performing similar work, and they’d like to see the system phased out now that the economy, and the company’s fortunes, have improved.

Kohler has rejected the idea outright and says it’s hoping to balance the needs of the company to reinvest in its current sites with contract terms agreeable to the union. 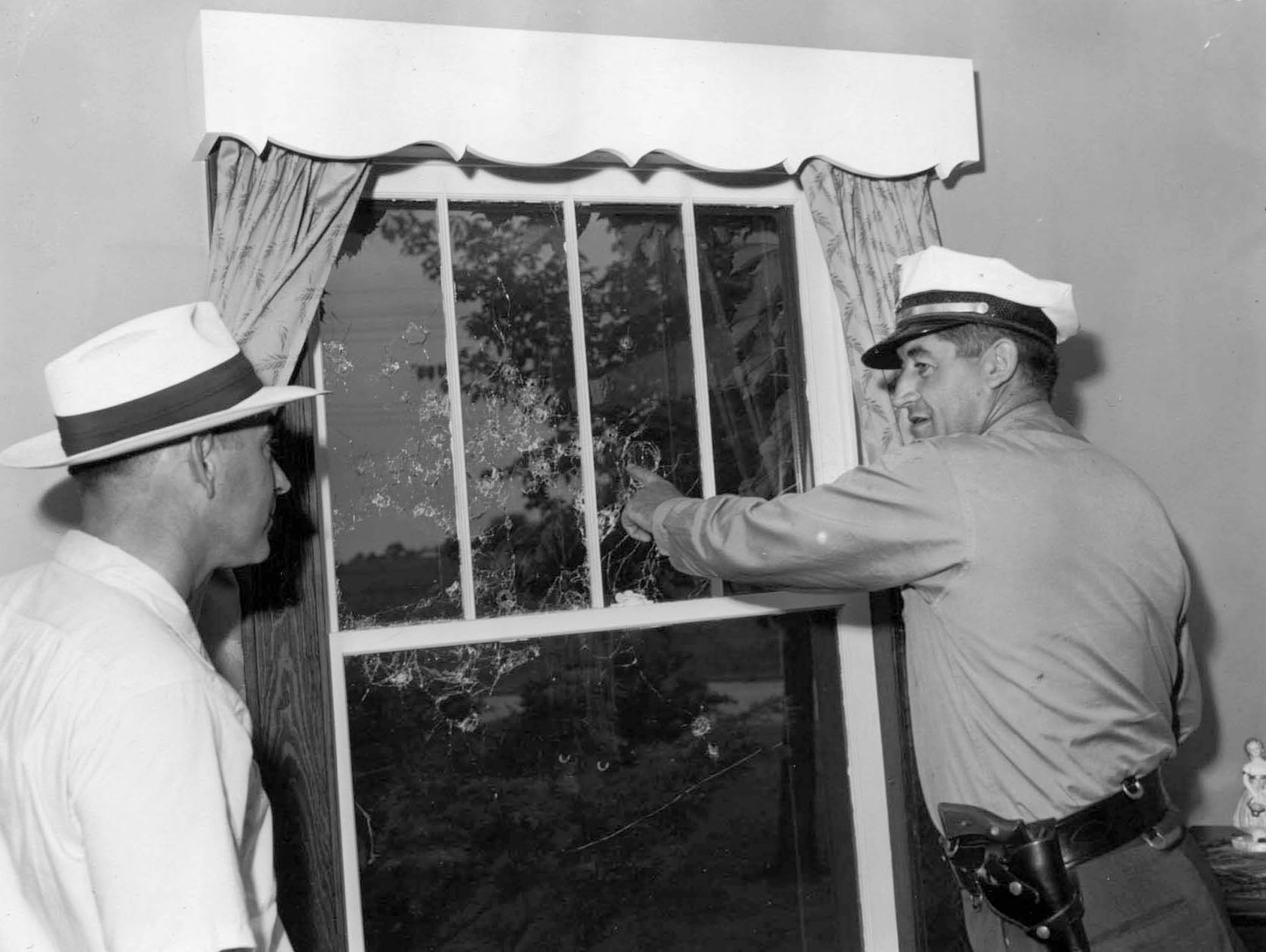 “The company’s offer provides wage and benefit increases for everyone, and will ensure continued job growth in Sheboygan County,” company spokesman Todd Weber said in a press release Friday.

The system has left about 1,600 so-called Tier A workers earning $23.45 per hour on average, according to the company. Union estimates are in the $21-$22 range.

Those workers average 28.7 years of service and the current company proposal offers annual wage increases of 50 cents per hour during the three-year contract.

The union has pointed out that those figures are an average, and while some Tier B workers would receive an increase, others would see much lower wages.

Behrensprung contends that the the two-tiered system has taken labor relations several steps back and support for a strike this time around among union members is much greater than it was in 1983.

“If you talk to new hires, they are a little overwhelmed that the people with seniority are willing to stick their neck out for the new hires,” Behrensprung said.

Labor relations have improved since 1983, he said, because the two sides acknowledged the competition was with foreign companies, not with one another.

A similar understanding will help bring the current strike to an end, he said.

“You need to figure out how to make the product more efficiently, and at a lower cost … while also ensuring the workforce can live with a quality of life,” Behrensprung said.